Mael Brigde
"Brigit's Sparkling Flame" contains Brigit-related news, views, and links. "Stone on the Belly" offers poems, prayers, and so on as Brigit moves me. 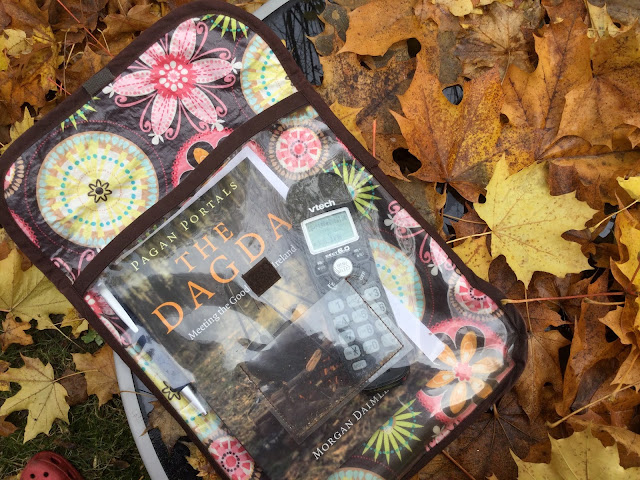 Read more »
Posted by Mael Brigde at 4:05 pm No comments: 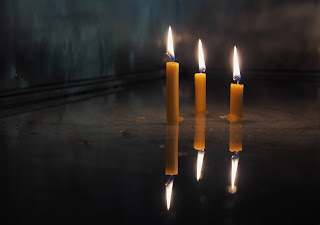 I have just uploaded the full video of a guided contemplation I led in September as a belated part of Land, Sea, Sky Travel's Brigid: A Friend for Our Times conference. It took three attempts and several months but we finally managed it, and with one wee glitch it went off fine this time. (I left my mic off for a while, but luckily it was in the transition into the contemplation proper, so no harm done.

Unfortunately, Blogger wouldn't accept it as it was too long, but I was able to upload it on my Facebook Page, Brigit's Portal. Here is the direct link to Brigit as a Constant Companion. It is an immersion, nearly eighty minutes long, so set some time aside to really allow yourself to move into that quiet, contemplative space.

Blessings of Brigit on you.

Posted by Mael Brigde at 7:48 pm No comments:

I inadvertently revealed the cover of my upcoming book on Facebook a few days ago, so I may as well include you blogsters in the premature revelation. (I had planned to leave it until pre-ordering was secure. At the moment you can sometimes pre-order and sometimes not.)

I have been learning Canva recently, and decided to take on designing a new header. I was happy enough with the old one, except that there was no way to format the title in the way I wanted it. It was always glued annoyingly close to the edge of the image. Well, here is a brand new one, which employed a lot of patience as I tried to find the right photo, and as I fiddled with colour until I was satisfied. The image is one of mine, of my shift candle in front of a Saint Brigit holy card. It's a pretty simple design, but the more complicated one I made first just felt a touch uncomfortable with the busy blog wallpaper.

So, voila! I hope you enjoy it. 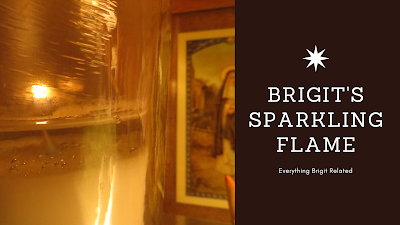 I'm trying to figure out how to make memes and share them, particularly on Instagram, which I've just joined and do NOT understand. So I used Canva to make this meme on the laptop, emailed it to my iPad, and can't find it there, although I downloaded it. Oh! What if I opened Canva on the iPad?

Hmm. Well, I found all of them--in Files (which is the secret name for Downloads), but I can't get them into Pictures, which means Instagram can't see them. : (

Well, you didn't need to know all this, though if you have any tips, clearly I could use them. Meanwhile, here it is, one of my shortest poems: 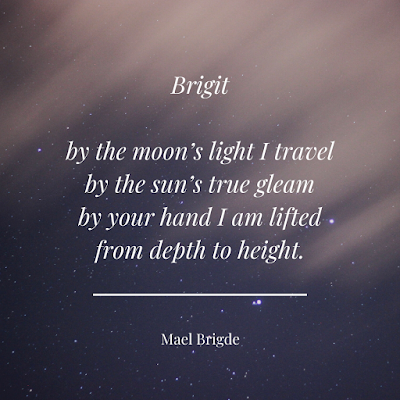 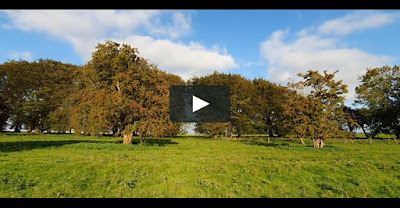 This is Col Patterson's latest single, Brigid's Land, it's a really beautiful and uplifting song.
The song had been released as a charity single for Teach Tearmainn Women's Refuge in Kildare town, a hugely important facility, and who are really struggling for funds at the moment.
Col approached Claire Patterson to create a video for the song.
The single is getting great support, and is currently riding at no 6 in the RTE 1 playlist charts... ahead of Bruce Springsteen no less, which is fantastic news!
The donations page for the single is open until October 23rd, and we're really hoping to attract as much support as we can. We're currently just a little over €1,500, and would love to see this rise.
Naturally we realise it's a tough time financially for a lot of people, but even to get the message of the song out there as far as possible helps too.
We'd really appreciate you sharing the song, video, and donations page with your communities if you feel comfortable doing so. I will follow up again on Facebook, and connect you with the posts there too.
The song and video are available here: https://vimeo.com/465831955
And the fundraising page is available here.
Copied from the Brigid's Way Facebook page.
Image: "Brigid's Land" video image.
Posted by Mael Brigde at 10:24 pm No comments: 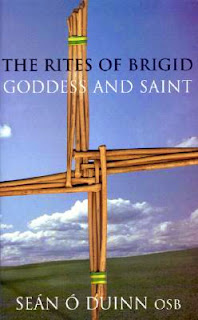 I recommended this book the other day, as many of us do, when someone asked for a good book about Brigit. The woman I was speaking with came back to say the only copies she could find were prohibitively  expensive. I hadn’t realised it had gone out of print. In my opinion it is one of the two read-first books on Brigit, with  Morgan Daimler's Pagan Portals - Brigid. I wrote to the publisher and received this disappointing reply:

The book is one of the titles that the old Columba Press printed before the company went into liquidation in 2016. We are a different company, Columba Books and our managing director, Garry O'Sullivan is in charge of all reprints. As there hasn't been much interest in this book since it went out of print, unfortunately, I do not believe that there are any plans to reprint this title or to format it as an ebook.