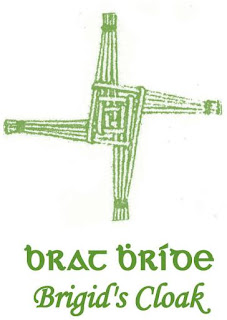 Many other sites refer to Brigid's Cloak.
Sweet Blessings on you all this Beautiful Bealtaine!
Posted by Mael Brigde at 10:00 pm