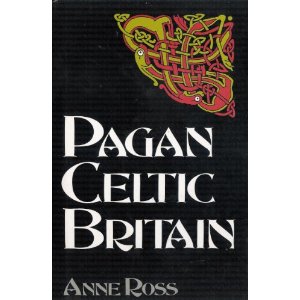 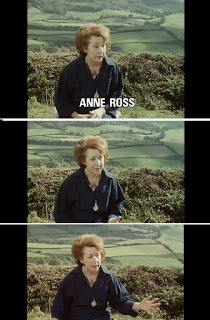 Sincere condolences to her family and friends. Blessings on your journey, Anne.
Posted by Mael Brigde at 12:59 pm

Regarding Dr. Anne Ross, She mentioned in the epilogue of The Folklore of the Scottish Highlands that this book was the first of a series of three. Future volumes would include tales, heroic and humorous, legends of birds and beasts, sacred springs, holy trees, fairies, hags water monsters, black dogs, etc,. Does anyone know if she ever wrote any other books in this series?
Thank you.

Ah, you intrigue me. I don't know the answer, but if you find out, I'd love to know. Have you tried her publisher? If all else fails, you might try to track down her literary executor. Good luck!