"Queering the Flame" by Erynn Rowan Laurie, A Review 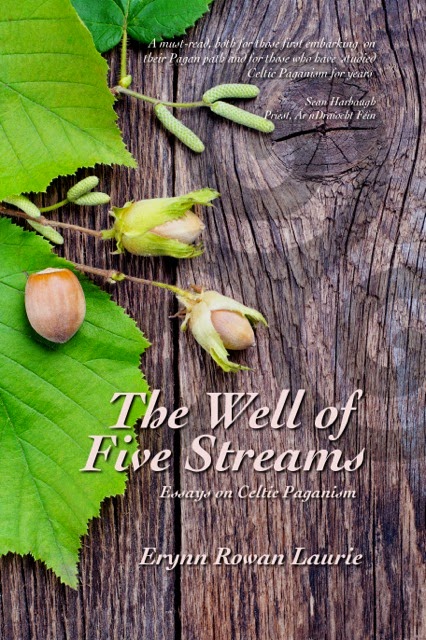 “Queering the Flame” is an as yet unpublished essay that will be released in 2015 in Laurie’s collection of essays, interviews, and reviews.

Herself a keeper of Brigit’s flame, Laurie is an amateur scholar whose work rests on diligent research and thorough citation, combined with a carefully thought out, ethical, and personal Polytheist sensibility. She carefully distinguishes between her own ideas and what can be discerned from the literature (hooray!), allowing the reader to reach informed conclusions of her own.

The impetus for writing this piece was a debate that arose within the Celtic Reconstructionist (NeoPagan) community when a mixed gender Brigidine flame-keeping group was proposed. Laurie asks, “What would make the act of tending a perpetual flame in the name of a particular Goddess problematic or contentious? What are the theological assumptions at work, and why is gender such a central issue within some of those assumptions? More importantly for this essay, what does queerness have to do with it? To address these issues, we need to look at the person and place of Brigit as Goddess and saint, the practice of flamekeeping generally, and the ritual traditions that surround this act. ”

Accordingly, in “Queering the Flame” Laurie examines the ethical and ideological issues as she sees them, and looks at perpetual sacred flames in historical Pagan religions and in medieval Christian Ireland.

“These sacred fires, both in [Pagan] Rome and in Ireland, were considered community hearthfires, regardless of the gender of the flamekeepers. Regional ritual fires were lit from the Irish flames, as were household flames on particular holy days, and if a household’s flame were accidentally extinguished, it also would be relit from the sacred flame. The hearthstone at Inishmurray is specifically cited as a source for the relighting of household flames, even after the church itself was long-deserted and the physical flame extinguished”.

Having shown that in Ireland both men and women tended perpetual sacred flames, and that Irish flame-tending practices may well not have had Pagan origins, she argues that in Celtic Reconstructionist practice the tending of Brigit’s flame ought to be open to both men and women, with women-only groups coexisting with those of mixed genders. “Queering” of gender roles is examined as well, including, for instance, cross-dressing among biddy boys and Bitel’s consideration of nuns as “masculinized” women in the context of their time.

What separates Laurie’s examination of flame-tending from other works in the Academic category is her stated relationship to Brigit and her concern for the NeoPagan and Polytheist communities: welcome additions, in my opinion. She states, “Flametending has been a rhythmic, almost tidal support to my spiritual and creative life. The regular presence of the flame on the altar near my writing desk is a tangible reminder of Brigit and of her patronage of poets, of the accessibility of inspiration, and of the dedication necessary to nurture a life as a poet and writer. Each time I light the flame, I renew my devotion to creativity as a deep and necessary part of my spiritual path.”