Gathering with My Sisters 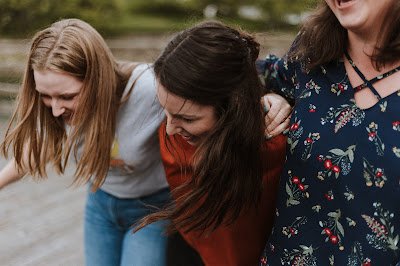 Today, Bealtaine, was the second online gathering of Daughters of the Flame. Not the whole bunch of us, just six this time. Roughly the same number as the first time we met, at Imbolc. I’ve been tending Brigit’s flame with the Daughters for going on three decades, and yet we'd never had a face-to-face gathering until this year. It was something I always wished for — I even had a dream twenty or so years ago that several of us had met together in Vancouver, and it was amazing — but the Daughters are in fact spread very far afield. In the first year or so there were four or five of us living in Vancouver, but it didn’t take long before I was the only one here.

Then as now, some were in other parts of Canada, some were in Australia, the USA, and Europe — Ireland, England, Wales and Switzerland — and one was as far off as Indonesia . So I’ve always had the comfort of knowing that I was not tending Brigit’s flame alone, and on a very few occasions I got to meet one of the Daughters of the Flame live and in person when I journeyed to their home turf. Once, the very lovely Terri travelled here.

So, after many years of being connected, first by letters and newsletters, then by emails, then listserves, and finally by the dreaded Facebook, it was amazing to gather with a handful of my sisters and just get to know each other a little, get grounded in our bodies, clear our minds of any need to get up and do something else, and just be together. On both occasions, we shared poetry and songs and prayers. We laughed a lot, and got very serious, speaking from the heart about that so important connection with Brigit and the changes she’s wrought in our lives.

Today, in the hours after we said goodbye, just as after our previous gathering, I am left with a feeling of deep and joyful gratitude. I am so happy to have other people in my life to whom Brigit is important, and through her we have such a strong bond.

I am profoundly lucky.

Brigit, Daughters of the Flame, and the many Brigit loving people I know now — thank you. So very, very much.

Email ThisBlogThis!Share to TwitterShare to FacebookShare to Pinterest
Labels: Daughters of the Flame, Gathering