Book: The Brigidine Sisters in Ireland... 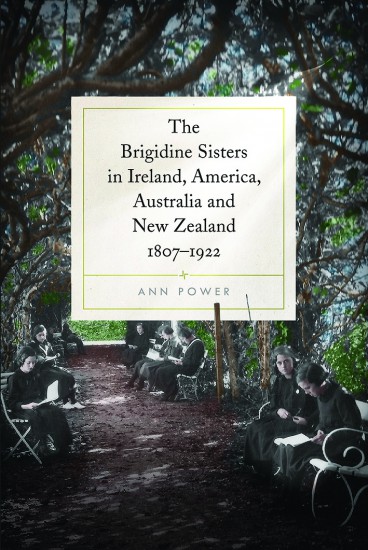 Look what landed in my mailbox yesterday.

The Brigidine Sisters in Ireland, America, Australia and New Zealand, 1807–1922, by Ann Powers (Four Courts Press, 2018) fresh from the Ballyroan Library. Well, not quite fresh. I bought it on eBay.

From the publisher's site:

The history of the Brigidines, formally known as the Sisters of St Brigid, provides a detailed and fascinating account of the congregation and its mission to the rural communities of Ireland, America, Australia and New Zealand. It compares the religious order to similar female congregations, and throws new light on Bishop Daniel Delany of Kildare and Leighlin who founded the Brigidines in 1807. His motto – strength and gentleness – became the hallmark of Brigidine practice and service.

The book highlights the lives, courage and spirit of adventure of many sisters, the hardships they endured, hidden from the public eye, and their significant achievements in education. It contributes not only to a greater understanding of the religious life but also is an appreciation of the role and adaptability of female religious in the nineteenth and twentieth centuries. It also contains a prosopography of around 700 nuns (1807–1922).

Ann Power holds a PhD in history from Trinity College Dublin, and a BA and an MA from Carlow College, St Patrick’s.

Image: unclear photo of book titled as above, with blurry humans seated on benches among trees.