Wearying of the fact that we who are not card-carrying academics cannot easily access this invaluable document, I'm transforming the pdf I have into a multi-page JPEG and hoping I can upload it here. (For some reason I still don't apprehend Blogger doesn't let us upload PDFs.)

Cogitosus's is generally considered the earliest extant Life of Saint Brigit. He was a monastic at Kildare, often cited as having lived circa 650 CE. (Saint Brigit having lived in the fifth century, a good two hundred years earlier.) The author below gives reasons for thinking Cogitosus lived rather later, thus putting into question whose Life preceded whose.

An Irishman, an author, and a monk of Kildare; the date and place of his birth and of his death are unknown; it is uncertain even in what century he lived.

In the one work which he wrote, his life of St. Brigid, he asks a prayer pro me nepote culpabili, from which both Ware and Ussher conclude that he was a nephew of St. Brigid, and, accordingly, he is put down by them among the writers of the sixth century. But the word nepos may also be applied to one who, like the prodigal, had lived riotously, and it may be, that Cogitosus, recalling some former lapses from virtue, so uses the word of himself. At all events, his editor, Vossius, is quite satisfied that Cogitosus was no nephew of St. Brigid, because in two genealogical menologies which Vossius had, in which were enumerated the names of fourteen holy men of that saint's family the name of Cogitosus is not to be found.

Nor did the latter live in the sixth century because he speaks of a long succession of bishops and abbesses at Kildare, showing that he writes of a period long after the time of St. Brigid, who died in 525, and of St. Conleth, who died a few years earlier. Besides this, the description of the church of Kildare belongs to a much later time; and the author calls St. Conleth an archbishop, a term not usual in the Western church until the opening of the ninth century. On the other hand, he describes Kildare before it was plundered by the Danes, in 835, and before St. Brigid's remains were removed to Down.

The probability therefore is that he lived and wrote the life of St. Brigid about the beginning of the ninth century.

His work is a panegyric rather than a biography. He gives so few details of the saint's life that he omits the date and place of her birth and the date of her death; nor does he make mention of any of her contemporaries if we except St. Conleth, the first Bishop of Kildare, an Macaille from whom she received the veil. He gives the names of her parents, but is careful to conceal the fact that she was illegitimate, and that her mother was a slave.

On the other hand, he dwells with evident satisfaction on her piety, her humility, her charity, her zeal for religion, the esteem in which she was held by all. And he narrates at length the many miracles she wrought, and tells of the numbers who came as pilgrims to Kildare, attracted by her fame. In his anxiety to exalt her he says she had as abbess authority over all the abbesses of Ireland, although as a matter of fact she could govern only those who followed her rule; and his statement that she appointed the Bishop of Kildare could not, of course, mean that she conferred any jurisdiction.

Cogitosus writes in fairly good Latin, much better indeed than might be expected in that age, and his description of the church of Kildare with its interior decorations is specially interesting for the history of early Irish art and architecture.

E. A. D'Alton.
Catholic Encyclopedia (1913), Volume 4
Here goes. There are ten pages. Feel free to turn them back into pdfs for easier use. 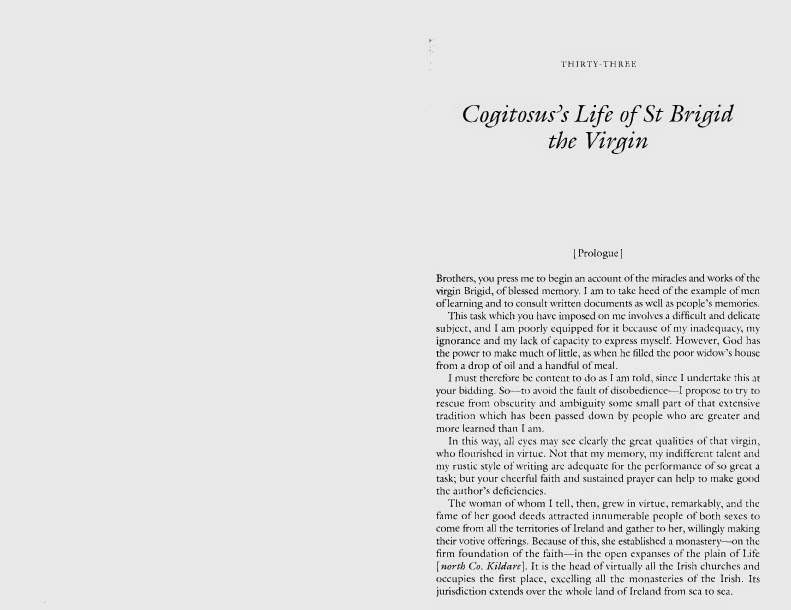 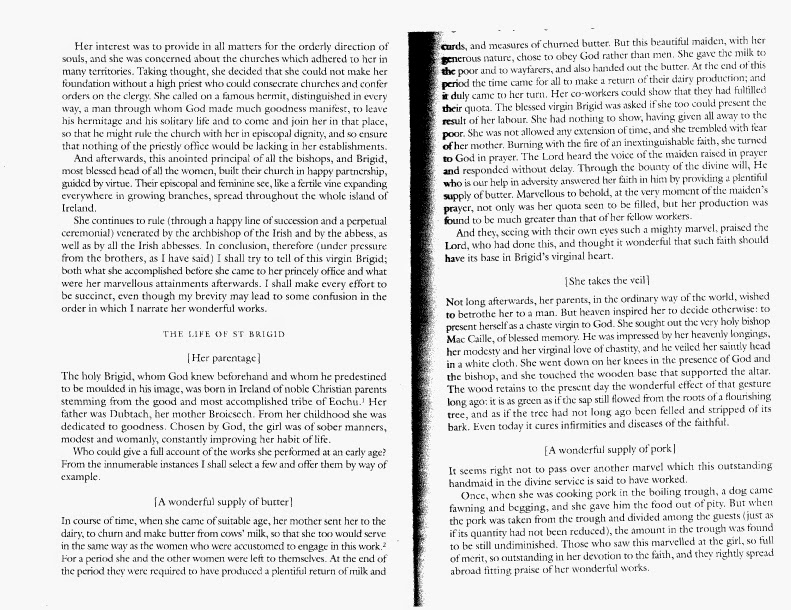 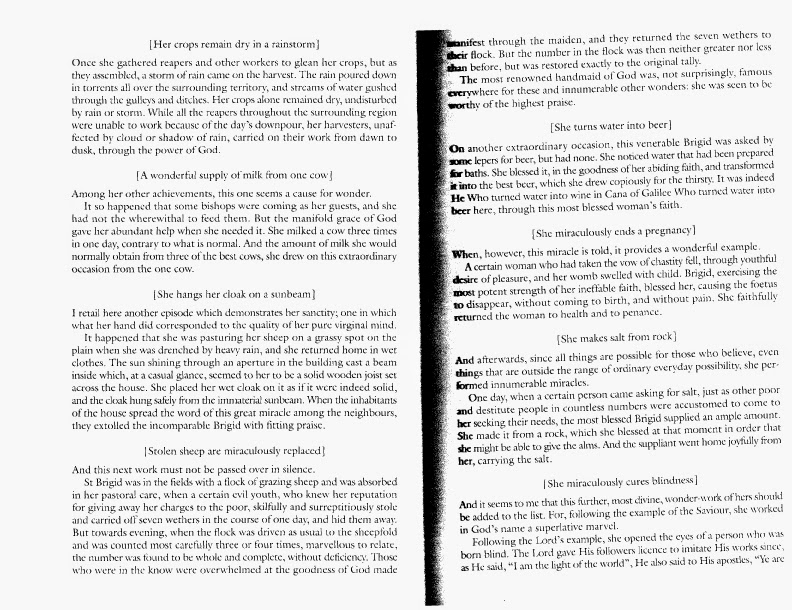 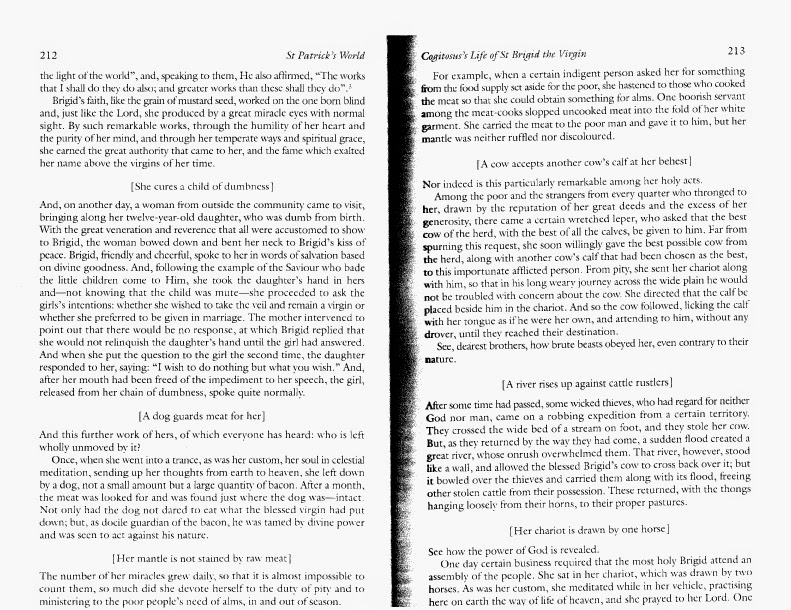 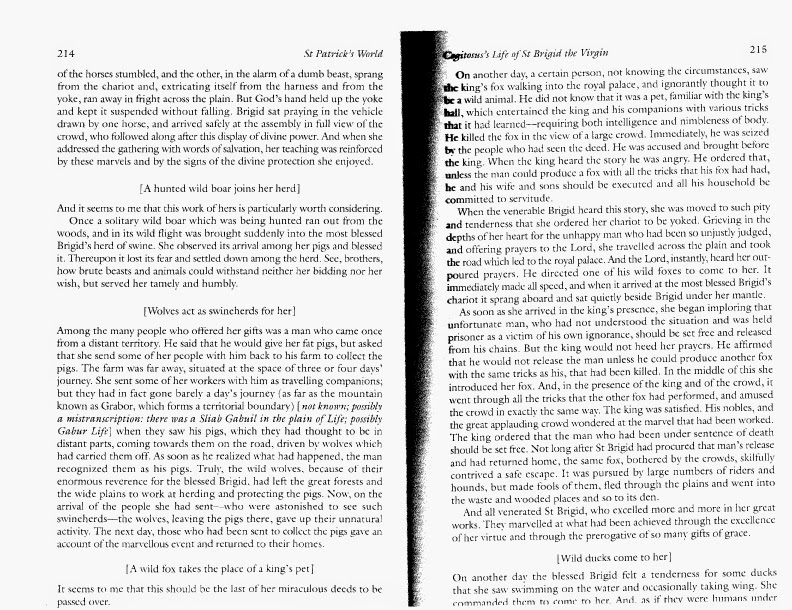 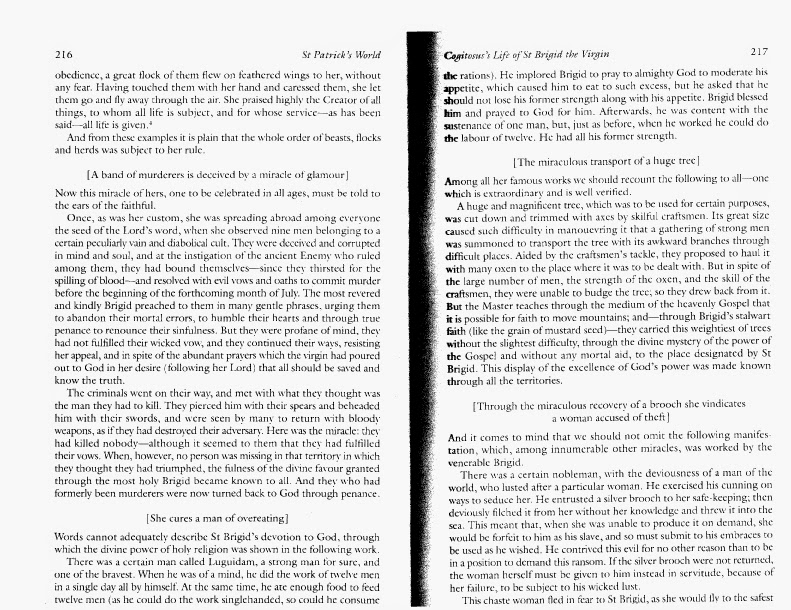 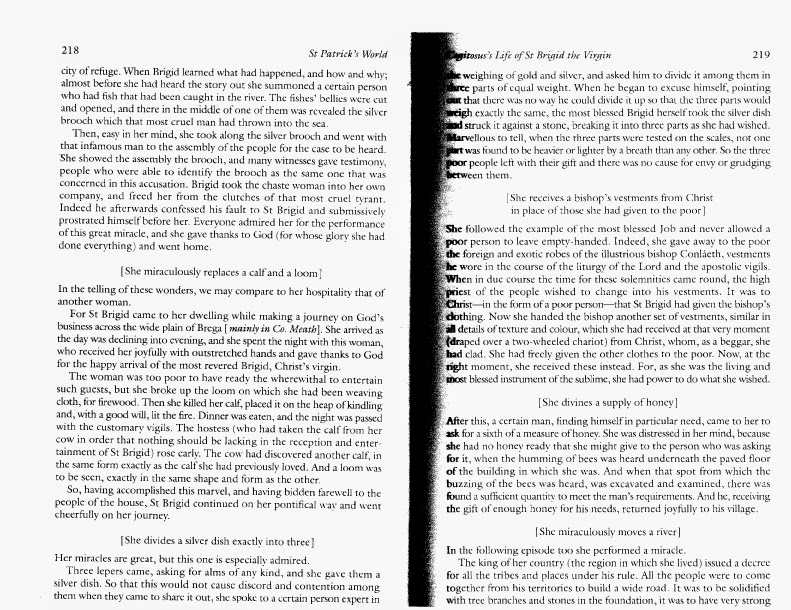 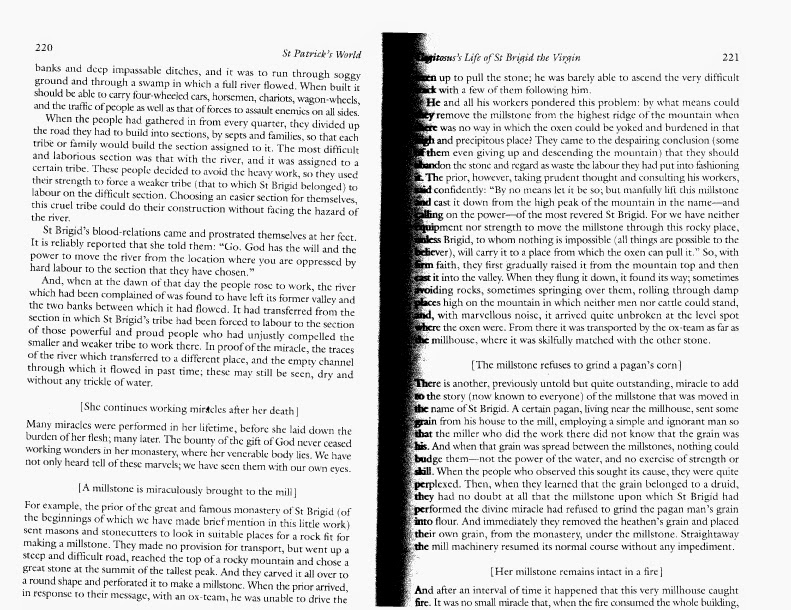 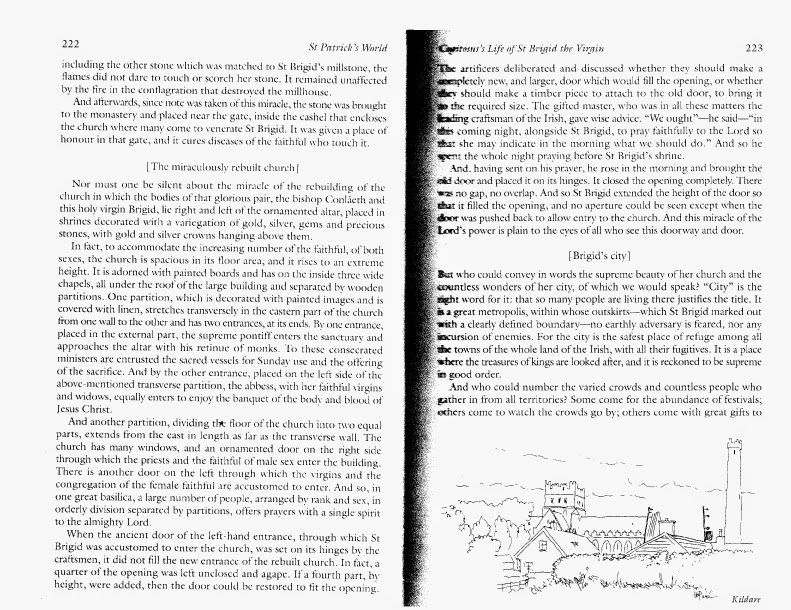 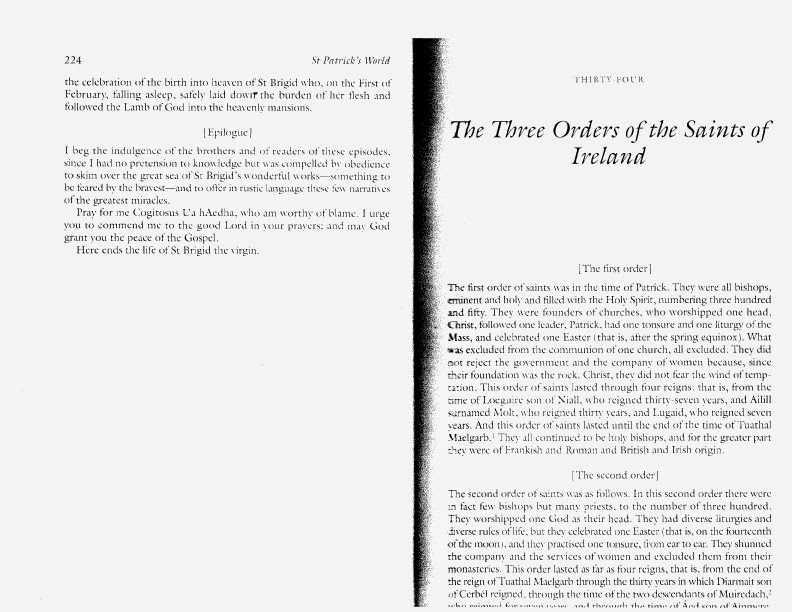 Thank you for the headsup on the second book, Anthony, coming out in May 2017. I do have a link to the first one but a reminder is always good.