Book Giveaway: A Brigit of Ireland Devotional - Sun Among Stars by Mael Brigde 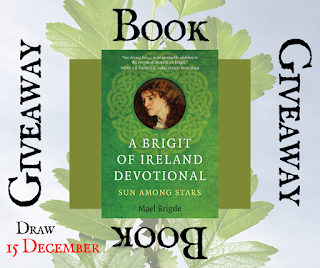 Win a copy of A Brigit of Ireland Devotional - Sun Among Stars by Mael Brigde. (Yes, me! Why do I feel so shy about this?)

* Comment below the competition post on Brigit's Portal with one thing that drew you to Brigit, Goddess and Saint.

* Comment below with one thing that drew you to Brigit, Goddess and Saint.

from the foreword by Orlagh Costello, founder of Brigid's Forge.

“Sun Among Stars…is at once contemplative and deeply personal, educational and reflecting the evolution in understanding and belief that we all go through over time. For this alone it is an invaluable addition to the corpus of material on Brigid… Let the goddess or the saint or simply Brigid speak to you through the author’s words as you step into a deeper understanding…”

"It is a unique challenge to bridge the ancient past with the modern, and the Christian with the Pagan, but Mael Brigde does so with ease and grace. She tells the story of Brigid through remarkable poetry that is as much prayer as it is verse. This gorgeous text could be used as a guidebook for a Brigid devotee through different holidays and times of life. A must have for all lovers of Brigid."

Courtney Weber, author of Brigid: History, Mystery, and Magick of the Celtic Goddess

IMAGE: a graphic design consisting of the words Book Giveaway going around a photo of the copy of a green book, A Brigit of Ireland Devotional - Sun Among Stars. The face of a red-haired woman (painting) looks out from a circle of Irish knotwork. The book rests on a photo of hawthorn leaves against a background of blue sky.

Posted by Mael Brigde at 9:34 pm No comments:

And speaking of books about Brigit! At long last, the sisters at Solas Bhríde are releasing an updated version of Sister Rita Minehan‘s book, Rekindling the Flame -  a Pilgrimage in the Footsteps of Brigid of Kildare. 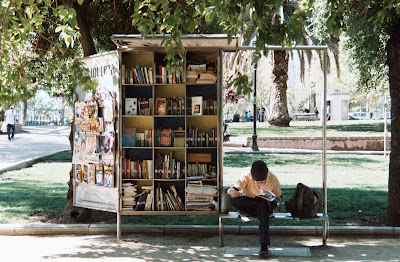 Just a reminder to those who read books about Brigit that I have a whole slew of reviews of Brigit books which you can find on my this blog, Brigit's Sparkling Flame and at Academia.edu.
I have a store of new books to review over the next year or two, and these come out one at a time on the blog. (A few have already been added, such as Morgan Daimler's Pagan Portals: The Dagda - Meeting the Good God of Ireland.) When I am done reviewing them all I will update the paper, or perhaps just do a Volume Two.
This marks the first time there have been so many books about her that I am picking and chosing which to review, rather than going for every one I can find. If you have some obscure title I might miss and think I should review it, please let me know. Review copies of your own books are welcome, and that includes your poetry book! I confess that I am omitting a couple of books I would like to review because of costs.
Meanwhile…
Happy reading!
Image: "Libreria ambulante Santiago de Chile" by L'odyssée Belle on Unsplash.
Posted by Mael Brigde at 1:49 pm No comments: 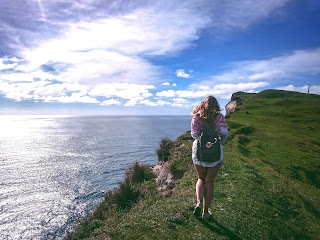 I love how Órlagh Costello signs off her newsletters:

It means, simply, "Brigit be with you."

I breathe those words in and they mean so much more to me than the simple five syllables on the page – or two syllables, if we’re sticking with the Irish.

They are a blessing. May she be with you in every moment, in every thing. May you never be without her, without her there to still the angry waves that threaten to drown you, without her helping to guide you to the shore. This blessing illumines the world as I look out at it. It awakens all the good and beautiful, around and in me.

They are a reminder. May you remember that she is with you, that you are not unaccompanied, not left on your own, that she can work through you as much as she can work in you. In this way, the words are a powerful antidote to my sense of isolation, my sense of not being enough.

Brigit be with you, my friends.

Image: By AR in Düsseldorf. Found on Unsplash.

Posted by Mael Brigde at 5:48 pm No comments:

It's Back in Print! Alice Curtayne's Saint Brigid of Ireland 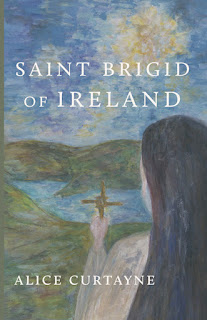 One of my favourite books about Saint Brigit has come back into print after many years, Saint Brigid of Ireland by Alice Curtayne. Cluny Media of Rhode Island is a recent Catholic publisher focussed on reprinting books which are no longer available. In homage to SBI's reprinting, I will repost here my review of the book. (To read the original post with the other reviews included, click here.)

“Already in her girlhood the lines of an exceptionally strong character are emerging. Her freedom won, the first use she made of it was to succour her mother, whose health was poor, but who was still engaged in the heavy labours of quern and churn.” 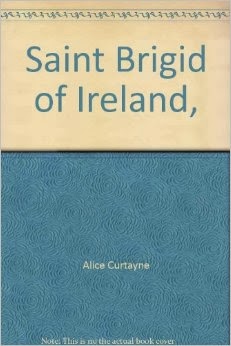 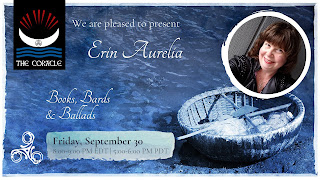 "Join [the Sisters of Avalon] for Books, Bards, and Ballads as we chat with Erin Aurelia, author, poet, editor, book coach, and creator of Daughters of Brighid Flametending Order.
"Erin Aurelia is the author of The Torch of Brighid: Flametending for Transformation, to be published in 2023 by Moon Books, in which she shares how flametending for the Irish goddess Brighid, when combined with ogham work, becomes a transformative daily practice that facilitates creativity, emotional healing, and spiritual growth. She has been flametending for Brighid for 20 years, and created and managed the Daughters of Brighid flametending order for eight of them. She is also known in the community of Brighidine flametenders and devotees for her annual Imbolc Advent and Celebration blog series, which is now featured in her upcoming book. She can be found and followed on Facebook at www.facebook.com/authorerinaurelia."
Click here top for more information.
Image of a blue background with a small woven boat, superimposed with the smiling face of a white woman.  Courtesy of The Coracle Live Facebook event page.
Posted by Mael Brigde at 4:10 pm No comments:

Daughters of the Flame—30th Anniversary! 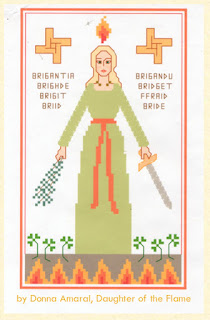 It dawned on me that this Imbolc the Daughters of the Flame are celebrating thirty years of tending Brigit's fire together. It has been so amazing connecting with, practicing with, and sharing joy and sorrow with so many women on this path.
I am grateful for all of you, what you have taught me, what you have allowed me to be with you, what you have shown me of yourselves. I had no idea how this decision to do 'one small thing for Brigit' would change my life. No idea how holding space for other women to honour Brigit would challenge me and shape me. No idea of the love and kindness I would meet through her.
I would love to hear from all Daughters, past and present. I'd love to know how you are, where your path has led you, what Brigit has meant in your life, even if you have moved on from her, what our group, Daughters of the Flame, has meant for you.
We are talking, some of us, about how we might celebrate this amazing anniversary. (When I started I hoped we might last three years.) Not the whole group — my computer is kaput and I can't access my email lists. But we have time.
So happy. 🙏🏼🔥💧❤️
Image: Cross-stitch of Brigit holding a sword in one hand and a branch in the other. There are lines of shamrocks and flames below her and two four-armed Brigit's crosses, one on either side of her head. She was designed by Daughter of the Flame Donna Amaral in the 1990s.
Posted by Mael Brigde at 7:42 pm No comments: