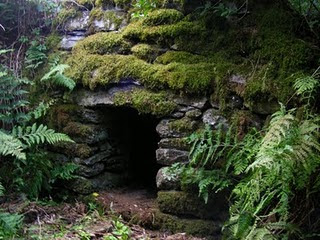 Mara Freeman is "an author and teacher of Western Esoteric tradition, specifically the Celtic and British branches. She lives in a wooded valley in west Wales not far from the sea." She is the author of Kindling the Celtic Spirit, Harper San Francisco, 2001. In October of 2004 we linked to her Beliefnet guided meditation, Fire at the Forge.

Mara recently contacted me about two Brigit-related postings on her blog, which I would like now to share with you. I'll present here a snippet of each, and then provide a link to the full posting on her blog. 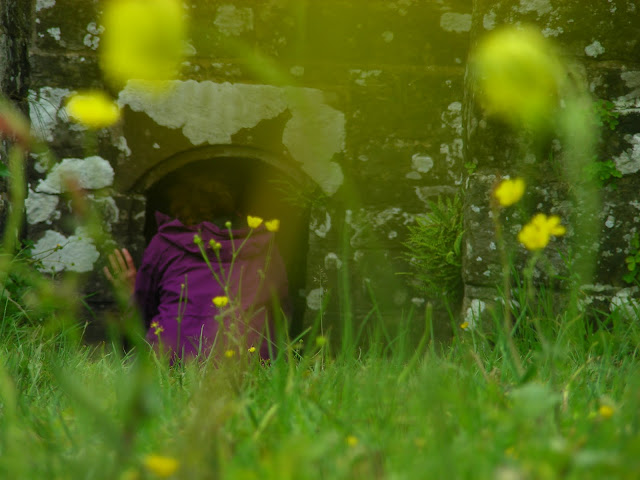 An age-old tradition links women with wells. In the ancient world

sacred springs were regarded as the entrance to the Underworld

where the spirits dwelled. Pilgrims visited them to receive oracular

utterances from the priestess who was guardian of the shrine – a

practice that was still alive not two hundred years ago in Cornwall.

A mediaeval Grail text tells us of the “Voices of the Wells,” which

and his followers. Because of this the Holy Grail was withdrawn

from the kingdom and its blessings no longer poured freely out

into our world. This last weekend I visited two wells in mid Wales

that were once lost but recently found again. Strangely enough, the

stories of their rediscovery all involve women....

July, I went in search of one of the few holy wells in Wales dedicated

to St Bridget. The Irish holy woman who was once the Celtic goddess

Brigit is known here as St. Ffraid (pronounced Fride), and a mediaeval

in a remote upland farm in these parts. According to tradition, when

thehafod, the country people's summer home in the high pastures.

Brigit of the red kites,

Brigit of the moorland,

Brigit of the meadowsweet,

Brigit of the dragonflies . . .

The well was entirely unique in Wales, being covered by stones in the

shape of a beehive, but was in a bad state of repair. Annwen Davies

and her mother worked for years to get funding for its restoration,

but in the end had to use their own savings to get the job done...

To read the full text of this entry, please scoot over to the original posting on Mara's blog.

And from Mara's posting

What the Druids Knew

Bees were considered so important to early Irish society that there
were special bee laws designed to protect them, called the 'bech
tha.' A 7th century holy woman called Gobnait, who founded a
women's community in southwest Ireland, had a close relationship
with bees and used their honey for healing illnesses and treating
wounds. She was said to be one of three sisters who had power
over fire, and is clearly a Christianised version of the triple fire-
goddess, Brighid, with whom she shares the same feast-day in
early February. When a band of thieves attempted to steal the
community cattle, Gobnait let loose a swarm of bees on the
rustlers and sent them fleeing in terror. At her shrine in Bally-
vourney, Co. Cork, a statue depicts her standing on top of a hive,
surrounded by bees. 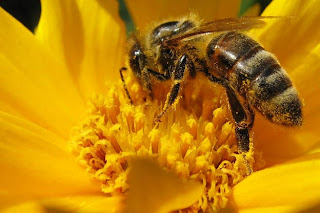 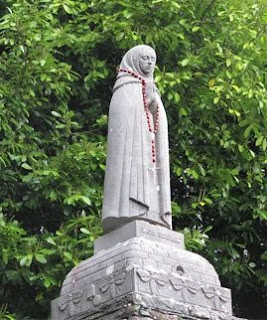 Posted by Mael Brigde at 1:00 pm No comments: