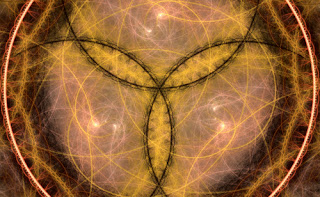 "The Three Brigits of the Ulster Cycle & the Forgotten Origins of Neopagan Theology" is a lovely article by Christopher Scott Thompson. If you have heard references to Brig Ambue, Brig Briugu, etc., but not gotten much more of their stories, this is a good place to get the skinny, with some Celtic Twilight extras that link to that old NeoPagan trope, Maiden, Mother, and Crone.

Christopher pulls the material together nicely. Be sure to read the comments below for a little extra clarification.

Here is a teaser from the article:

"Brig Ambue was the wife of Celtchar MacUthechair of the Ulster Cycle, but she was sometimes referred to as Brig Brethach or “Brigit of the Judgments,” supposedly because she gave a famous legal judgment in correction of her father Sencha mac Ailella, poet and judge to Conchobar MacNessa. The name Sencha is very similar tosenchas, a word that means lore or tradition. This is especially significant because the references to Brig Ambue come from the Senchas Mor or “Great Tradition,” a medieval collection of Brehon law.

Brig Brethach was her mother, the wife of the same famous judge and poet.
Sencha’s mother was Brig Briugu or “Brigit of Hospitality,” but the glosses to a story called Din Techtugud identify this Brig as the Brig Brethach who corrected Sencha’s false judgment.[4]
Three Brigits: the mother, wife and daughter of a famous poet whose name actually means Lore or Tradition, and who are known mostly from a book called the Great Tradition.
We are not dealing with scattered references to women named Brigit, but with a second trinity of Three Brigits. Unlike the more well-known trinity of three sisters from the Mythological Cycle, these three are from the Ulster Cycle. As such, they are described as being human women- but their connection to the goddess is now unmistakable, and they are probably best described as avatars."

Christopher Scott Thompson is a member of Clann Bhride and writes "The Loop of Brighid" column for Patheos.